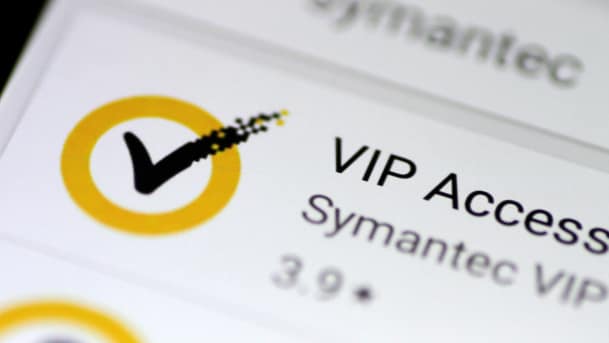 On September 20, 2010, Symantec Corporation set the pathetic precedent of being the first Fortune 500 company to hold a virtual-only annual meeting without shareowner-approved safeguards to protect participant rights. But two weeks later, Symantec backed down. Responding to a letter writing campaign organized by the USPX, which attracted national media coverage, Symantec announced they will permit live shareowner participation at their 2011 annual meeting.

As detailed in our campaign document, Symantec has destroyed billions of dollars in shareowner wealth while compensating their executives exorbitantly. In June of this year, the USPX was contacted by shareowners concerned about rumors that Symantec would host a virtual-only annual meeting for 2010. We immediately called the company’s corporate secretary Scott Taylor and left him a message. He never returned the call. We wrote a letter to him and CEO Enrique Salem but received no reply. In August, Symantec released its proxy materials announcing a virtual-only meeting to be held September 20th. We immediately called Scott Taylor, leaving another message. Again, he never replied.

By the late Summer 2010, the clock was ticking down to the Symantec virtual meeting, and it wasn’t even on investors’ radar scopes. The USPX worked to raise awareness of the issue. We did some research and determined that Symantec was going to be the first Fortune 500 company to ever hold a virtual-only meeting. We trumpeted that fact to gain attention.

USPX members Jim McRitchie and Glyn Holton visited both CalPERS and CalSTRS to discuss the matter. Predictably, they were not likely to join an aggressive action, such as a withhold proxy campaign, so we decided to organize a letter writing campaign instead … something the institutions could sign onto to raise awareness.

A cross-section of shareowners wrote letters. Peter Hasegawa, an individual investor in Seattle, wrote in his letter to Symantec CEO Enrique Salem:

I heard about your idea to hold a “virtual shareholder meeting”. I think it is very clever. It reminds me of the time that I got a “D” in spelling in fourth grade. I wish I could have had a “virtual meeting” with my parents about my report card. Sadly, this was not the case. For similar reasons, as you are a very highly paid CEO of a rather poorly performing company, you could probably benefit from hearing directly from your shareholders.

We appreciate that the virtual shareholder meeting is a technology that can allow for greater shareholder involvement and certainly do not discourage the use of the technology, but we see its advent as a supplement to in-person shareowner meetings, not as a replacement for them. Our concern is that, without the proper safeguards it can also be used by companies to insulate themselves from shareholders.

Our letters were ignored, and Symantec proceeded with their virtual-only meeting. This had the appearance of embattled executives hiding behind technology. Shareowners were reduced to spectators as executives posed themselves questions and then answered those questions over an Internet feed.

A rudimentary web interface provided a small field into which shareowners might type questions. Fund manager Bruce Herbert typed in a question that was ignored. When Symantec’s executives announced the Q&A session over, Bruce returned to the small field and typed in a point of order. That too was ignored as the streaming audio terminated.

Were Bruce’s question and point of order deliberately ignored, or did the rudimentary software fail, preventing them from ever being delivered? Shareowners cannot know. There was not accountability. In a live annual meeting, you never have to wonder if your question was delivered. You look the chair in the eye, and you state your question.

A year ago, the USPX warned of precisely such problems if corporations held virtual-only annual meetings. When Intel Corp. announced plans to hold a virtual-only meeting in 2010, we approached them with those concerns, and they reversed course, agreeing to allow live participation at their meeting.

Our letter writing campaign may not have swayed the entrenched executives at Symantec, but it attracted national media attention. Governance Weekly, Seeking Alpha, Reuters and the New York Timesall ran pieces. On October 5, Reuters reported that the campaign had finally gotten Symantec’s attention—that they would hold a hybrid (combined live and virtual) annual meeting in 2011.

From the start, the USPX has recognized that the issue of virtual annual meetings cannot be addressed one corporation at a time. There are approximately 13,000 annual meetings held in the United States annually. At some point, the trickle of firms that incorporate virtual technology into their meetings will become a flood. The USPX is organizing shareowners in a comprehensive response. We are planning a members forum through which shareowners will draft shareowner-approved guidelines for the conduct of virtual meetings.