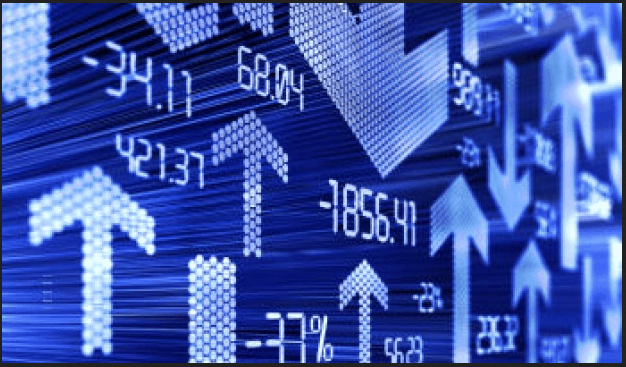 Therefore, shareowners will get an opportunity to vote in favor of proxy access at upcoming shareowner meetings.

The most definitive report on proxy access efforts I have seen so far this season is a report from Sullivan & Cromwell LLP, updated here and here. It looks accurate to me, except that Norges did not submit and then withdraw a proposal at Princeton National Bank. Additionally, I think they are wrong in their interpretation of what conclusions corporations should draw from the season’s activities to date. They conclude:

In the words of Francis Byrd of the Laurel Hill Advisory Group, “Nabors and Chesapeake Energy were certain victories.” (The Future of the Private Ordering of Proxy Access, 6/15/2012)

Shareowners were definitely taking notes from each other during the season. As Sullivan & Cromwell point out, Norges Bank utilized publicity tools not often employed by others:

First, Norges Bank included a link in each proposal to a website that had extensive, company-specific arguments in favor of their proposal. As noted below, the SEC staff viewed this reference to external materials as permissible. Second, Norges Bank filed a detailed slide presentation on the SEC’s Edgar system under Rule 14a-6(g). Filings under Rule 14a-6(g), which show up on the company’s Edgar website under form PX14A6G, are required by SEC rules if a holder of more than $5 million in stock engages in an exempt solicitation.

Sullivan & Cromwell go on to note:

The Norges Bank proposal failed at all the companies where it came to a vote, garnering the support of between 31% and 38% of shares voting, despite receiving a “for” recommendation in all cases from ISS. It seems likely that many institutional investors believed that a 1% threshold is simply too low.

My thinking is more in line with Byrd’s conclusion:

We deem the support levels as fairly good considering that the Norges proposals did not track the SEC’s proxy access rule, but called for sharply lower thresholds (1% ownership held for 1 year and allowing replacement of 25% of the board…

They were able to win the support of ISS in all four cases and of Glass Lewis in three. Many institutional investors don’t yet have voting policies on proxy access and, contrary to what is widely believed in some quarters of the corporate governance industrial complex, most investors don’t passively follow the recommendations of proxy advisors. By next season, more institutional investors will be ready to vote in favor of lower thresholds.

As Sullivan & Cromwell note, and we at USPX know all to well, SEC staff agreed with the companies that our initial proposal could be excluded on two separate bases:

1. The proposal constituted multiple proposals in violation of Rule 14a-8(c), due to a provision stating that an election of proxy access nominees would not be a “change in control” of the issuer.

Our arguments in this regard were unique. With SEC rules denying proxy access for years and making it supremely difficult to even split votes between competing proxy cards, we haven’t seen much in the way of coalition governance at our corporations. We argued, since under our proposal, no one party could gain more than about 1/12th of the board, there would be no “change of control” in the traditional sense, even if a majority of the board were turned out. We envisioned something more like nonpartisan races, rather than opposing parties.

Companies should be more like communities, rather than dominions. Dominion is from the Latin dominium, which is from dominus or “master.” The concept grew up around human domination or mastery over the natural world. Global climate change has shown us the importance of being within nature, being part of a community, rather than attempting to dominate it.

In our revised submission, we got rid of the “change of control” provision. Unfortunately, shareowners will suffer because a “change of control” can trigger huge bonuses to departing CEOs and other undesirable impacts. However, it will obviously take some time for investors and the SEC to view board elections as contests of ideas and talent within a community framework, rather than contests for control or dominion, so there is still much work to be done.

2. The proposal was “vague and indefinite” under Rule 14a-8(i)(3) because it referred to the eligibility requirements of Rule 14a-8 without explaining what these requirements were.

Here in California, our regulations have to meet the “clarity” standard under section 11349(c) of the Government Code, meaning they must “be easily understood by those persons directly affected by them.” Unfortunately, there is no counterpart in federal law and no Office of Administrative Law, which must pass judgement on such standards prior to adoption. I was hoping the SEC might view their own rules as clear but that may not be the case. It was easy enough just to spell out the requirements in our next version of the proposal but it did take up words (out of the 500 word limit) that could have been used for other purposes.

The earlier form of our proposal came to a vote at only two companies – Ferro Corporation (FOE) and Princeton National Bancorp (PNBC). It received the support of 13% and 32%. ISS staff thought the vote at Ferro to be “somewhat high considering many institutional investors’ concerns with the USPX ownership threshold, which would permit holders of as little as $200,000 to nominate board candidates.” I haven’t seen ISS comment on the vote at PNBC. The company may be too small for them to analyze. The vote in favor would have been even higher, except as I noted in this prior post, many PNBC retail shareowners:

were so angry and frustrated they waited to vote at the meeting but being relative amateurs at proxy voting, didn’t realize they needed to request and obtain an official proxy in advance of the meeting.

Although they used the USPX model proposal, none of the retail investors at PNBC were USPX members. They didn’t get the help members would have gotten. Takeaway: the $47.40 membership fee is a bargain, especially if you are going to file shareowner proposals.

Both Sullivan & Cromwell, and Laurel Hill’s Francis Byrd go on to offer advice to their client corporations. Byrd’s is more in target:

The proxy access victories demonstrate to independent directors that the era of investor deference is over – and that they will need to “prove themselves” as protectors of shareholder value, arbiters of risks and guardians of corporate assets and reputation.

[contentblock id=3 img=adsense.png]Ferro held its annual meeting on April 27. Share price quickly went above $5.20. PNBC held their annual meeting on May 17. Share price was at about $1. Take a look at either company’s share price today and tell me if investors would be better off or worse off with proxy access. The price of shares at both companies is down. FOE was at $4.70. PNBC was at $0.64 and may not even be around next year. At least with proxy access shareowners might have gotten some hope, encouraging them to hang on for new ideas on the board, if the company stayed afloat.

Of course, that’s part of the strategy problem of large institutional investors with their 3%/3 yr. threshold. Most, with the notable exception of Norges, seem to think proxy access proposals should be reserved for the worst of the worst. If shareowners wait until that is proven, will there be any value left in the company by the time proxy access is implemented via private ordering and shareowners have agreed on a few candidates? Even if they win, by limiting themselves to 25% of the board, will they be able to make a difference?

USPX members aren’t satisfied that “white knight” hedge funds will come in to rescue companies in proxy contests. Too often, white knights turn out to be black knights. They simply break up valuable companies or sell off assets for an immediate bump in stock price, leaving companies stripped of resources needed to generate long-term value.

Edward Durkin of the United Brotherhood of Carpenters points out (Is Proxy Access Dead? Ask Boards, CEOs and Shareholders, Forbes, 9/26/2011)

Much has been written about the effects of distance from direct ownership. Adam Smith’s statement, “[M]anagers of other people’s money [rarely] watch over it with the same anxious vigilance with which . . . [they] watch over their own,” is perhaps most famous.

Dan Ariely provides additional reasons in his new book, The Honest Truth About Dishonesty: How We Lie to Everyone—Especially Ourselves

, which explores the surprising reasons we lie to each other, and ourselves. “We are moving to a situation which allows people to rationalize dishonesty to a much, much higher degree” because owners are further and further removed from their investments through financial instruments.

Investors shouldn’t depend on the public pension funds that were so instrumental in passing proxy access at Nabors and Chesapeake to monitor every company in their extensive portfolios. A multi-million dollar investment by CalPERS or other large fund may not be significant enough to demand their full attention, while a $50,000 investment in the same company by a savvy retail investor may get a much stronger reaction and analysis, since it may represent a larger portion of her portfolio. Even more important, the $50,000 is actually their money. Fund staff generally get paid wether or not the fund makes money for its investors. Retail investors don’t.

It is far better to have proxy access in place, ready to go when needed, than it is to wait for companies like PNBC to become basket cases. The next proxy access votes using a revised USPX model come up at more solid companies. Both have deficiencies. Both could use a little insurance that better ensures boards will be responsive to shareowners.

Proxy access is like the Magna Carta. The first clause of the Magna Carta guaranteed “freedom of elections” to clerical offices of the English church to prevent the king from making appointments and siphoning off church revenues. Proxy access could have a similar impact on the governance of corporations. As direct owners, retail investors are incentivized to work to guarantee free elections.