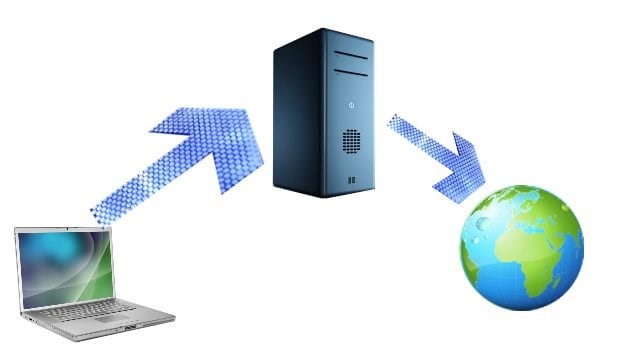 Update: This is a revised version of an earlier post this month. I’ve deleted that post because I don’t want anyone to mistakenly use the prior draft language. I’m hoping this language is a little tighter but always welcome reader suggestions.

Last month I hoped ISS would reconsider their analysis of our proxy access proposal at H&R Block, submitted by Kenneth Steiner. ISS had said our proposals “could undermine the efforts of larger, long-term shareholders whose interests might better reflect those of the broader shareholder base.” However, as I wrote in my September 10th post,

Nonetheless, they recommended against the proposal and it failed. We spent much of last spring trying to work proxy proposals though the SEC “no-action” process. It looks like it may take fall revisions to obtain endorsements from ISS and Glass Lewis. This post proposes a revised proxy access template, which would still create the possibility for retail shareowners to participate in proxy access nominations but also attempts to address concerns raise by proxy advisors and large institutional investors.

ISS recently made public the results of their annual survey.  The following summarizes concerns regarding proxy access:

Ownership and duration thresholds, a cap on board seats, and the company’s governance practices carry weight for both investors and issuers when evaluating proxy access standards. When considering a voting decision with respect to proxy access shareholder proposals or to adopt a proxy access right, 81 percent of investor respondents and 80 percent of issuer respondents indicated that the minimum ownership threshold in relation to the company’s market cap is “very relevant.”   Furthermore, minimum ownership duration was also indicated as a “very relevant” factor by 66 percent of investors and 85 percent of issuers. Other factors that were indicated as “very relevant” by a majority of both issuers and investors are the proportion of directors that each party may nominate in an election and the company’s governance practices.

However, a significant majority (more than 80 percent) of both investors and issuers indicated that all factors cited (minimum ownership threshold in relation to the company’s market cap, minimum ownership duration, whether the proposal is binding or non-binding, the proportion of directors that each party may nominate in an election, the company’s governance practices, the ownership profile of the company, and the proponent’s rationale) are either “very relevant” or “somewhat relevant.”

Our previous model had the following primary features:

Previous proxy access proposals using the USPX achieved a positive vote up to 32% at Princeton National Bancorp (PNBC). However, several funds and proxy advisors objected to the fact that our original proposals had no cap on the number of directors that could be nominated by shareowners, “which is an essential safeguard of any proxy access right,” according to proxy advisor ISS.

The proposal at HRB addressed this issue by setting an overall cap of 2 nominations (24% of board) each for 1% holder groups and 50 shareowner groups. See proxy access proposal (HRB-ProxyAccessProposal, page 73). Therefore, no more than 48% of the board could have be replaced by under its provisions. In the case of HRB, which has 10 board members, shareowners using the proposal could have jointly nominated no more than 4 nominees on the board.

The primary objection by proxy advisors appears to be our minimum threshold. Our threshold of 50 shareowners, each holding at least $2,000 worth of stock, could at least in theory, be me with a total of only $100,000 of stock. ISS was concerned that such an amount wouldn’t represent a substantial investment. We can also see this opinion expressed in their survey, where ”

The minimum of $100,000 bore no set relation to a company’s market cap. We always believed any group of 50 would likely hold many times $100,000 but we understand the concern with this theoretical bottom. Therefore, in this proposed revision, I have raised the minimum threshold to under option B to require the 50 parties of $2,000 shareowners to collectively own at least one half of one percent but less than five percent of the Company’s securities eligible to vote for the election of directors.

Additionally, a former SEC official objected to our provision that each nominating party be limited to only nominating one director because, if elected without any other shareowner nominee they would likely be isolated, never being able to get even a second for a motion.  While we understood this, we hoped their would be more momentum than has been shown for proxy access. By limiting each party, we hoped to create more diversity on boards, with challengers of different perspectives. After this year, it looks like “private ordering” is likely to take many many years. We can still push for more diversity but perhaps that specific strategy is premature. Therefore, I modified the proposal to eliminate the prohibition against coordination within groups forming under both option a and b but kept the prohibition for coordination between groups using option a and those using option b.

While actual shareowner proposals will contain a statement demonstrating the need for proxy access and company specific arguments, I am will first concentrating on the “resolved” language and point-by-point justification, which appears below for your further suggestions and possible use.

RESOLVED, Shareowners ask our board, to the fullest extent permitted by law, to amend our governing documents to allow shareowners to make board nominations as follows:

1. The Company proxy statement, form of proxy, and voting instruction forms shall include, listed with the board’s nominees, alphabetically by last name, nominees of:

a. Any party of one or more shareowners that has collectively held, continuously for two years, at least one percent but less than five percent of the Company’s securities eligible to vote for the election of directors, and/or

b.  Any party of shareowners of whom 50 or more have each held continuously for one year a number of shares of the Company’s stock that, at some point within the preceding 60 days, was worth at least $2,000 and collectively at least one half of one percent but less than five percent of the Company’s securities eligible to vote for the election of directors.

2. For any board election, no shareowner may be a member of more than one such nominating party. Board members and officers of the Company may not be members of any such party.

4. If necessary, preference among 1(a) nominators will be shown to those holding the greatest number of the Company’s shares for at least two years, and preference among 1(b) nominators will be shown to those with the greatest number who have each held continuously for one year a number of shares of the Company’s stock that, at some point within the preceding 60 days, was worth at least $2,000.

5. Nominees may include in the proxy statement a 500 word supporting statement.

6. Each proxy statement or special meeting notice to elect board members shall include instructions for nominating under these provisions, fully explaining all legal requirements for nominators and nominees under federal law, state law and the company’s governing documents.

Get in touch with proxyexchange.org

Proxy statements are legally company documents, not management documents. As such, access to the proxy for the purpose of listing director nominees should be available to all shareowners, not just the board’s nominating committee.

In 1977 the SEC held a number of hearings to address corporate scandals. At that time, the Business Roundtable (BRT) recommended amendments to Rule 14a-8 that would allow access proposals, noting such amendments

… would do no more than allow the establishment of machinery to enable shareholders to exercise rights acknowledged to exist under state law.

Soon, we saw several proposals. In 1980 Unicare Services included a proposal to allow any three shareowners to nominate and place candidates on the proxy. Shareowners at Mobil proposed a “reasonable number,” while those at Union Oil proposed a threshold of “500 or more shareholders” to place nominees on corporate proxies.

One company argued that placing a minimum threshold on access would discriminate “in favor of large stockholders and to the detriment of small stockholders,” violating equal treatment principles. CalPERS participated in the movement, submitting a proposal in 1988 but withdrawing it when Texaco agreed to include their nominee.

These early attempts to win proxy access through shareowner resolutions met with the same fate as most resolutions in those days. As of 1986, only two proposals of the thousands submitted had ever been approved—but the tides of change were turning. A 1987 proposal by Lewis Gilbert to allow shareowners to ratify the choice of auditors won a majority vote at Chock Full of O’Nuts Corporation and in 1988 Richard Foley’s proposal to redeem a poison pill won a majority vote at the Santa Fe Southern Pacific Corporation.

In 1990, without public discussion or a rule change, the SEC began issuing a series of no-action letters on access proposals. The SEC’s about-face may have been prompted by fear that “private ordering,” through shareowner proposals, was about to begin in earnest.

Tensions over this giant leap backward rose until AFSCME v AIG (2006). That case involved a 2004 bylaw proposal submitted by the American Federation of State, County & Municipal Employees (AFSCME) to the American International Group (AIG) requiring that specified nominees be included in the proxy.  AIG excluded the proposal after receiving a no-action letter from the SEC and AFSCME filed suit.

The court ruled the prohibition on shareowner elections contained in Rule 14a-8 applied only to proposals “used to oppose solicitations dealing with an identified board seat in an upcoming election” (also known as contested elections).

The SEC subsequently adopted a rule banning proposals aimed at prospective elections. But in 2010, the commission adopted both a new Rule 14a-11, specifying a minimum proxy access requirement for all public corporations, and amendments to Rule 14a-8(i)(8) to allow shareowners to submit proposals for more robust proxy access.

The US Court of Appeals for the DC Circuit found the new Rule 14a-11 “arbitrary and capricious.” This means our only current option for achieving proxy access is through shareowner proposals filed on a company by company basis under the amended Rule 14a-8.

For additional background, see The Case for Proxy Access.