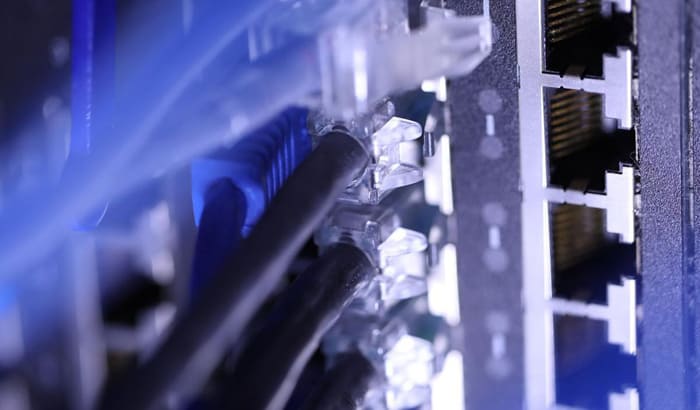 Brett Davidson is a member of the United States Proxy Exchange Website and publishes Investletter. He serves on the committee that released the USPX guidelines for voting on say-on-pay.  In this article, he assesses those guidelines, applying them to the 36 corporations that failed their say-on-pay votes this proxy season. For that purpose, he also experiments with how the guidelines might be extended to apply to small and medium sized companies. In their current form, the guidelines apply only to large corporations.

Say-on-Pay (SOP) is finally here.  Shareholders now have a voice on executive pay levels.  So how did we do?  It appears that after the first proxy season of voting, shareholders have a very meek voice.  More than 98% of SOP proposals were approved.  This certainly is not the impact proponents of SOP envisioned when the measure was enacted.

Having worked on the United States Proxy Exchange SOP white paper, I was intimately involved with the development of the tools that were presented in the guidelines.  These tools are designed to function as a rule of thumb for retail shareholders to help guide them when voting on SOP proposals.  Having shortcut methods to determine how to vote is a great idea, but do they work?

Here is my experience with using these tools to determine how they work when applied to actual company SOP proposals.  Below you will find an analysis of 30 of the companies that saw their SOP proposals defeated this proxy season and following the discussion is the list of companies.  To write this paper I had to perform that same step any investor needs to perform to use the tools in the white paper.

Are the tools we used scientifically tested and fully vetted to guarantee they work?  Heck no!  Nor do they need to be.  The aim is to function as a rule of thumb, seeing that executive compensation is not an exact science to begin with.  Just read the proxy statements and the opinion of the compensation consultants writing them.  It is much closer to science fiction.  Each company’s circumstances are different.  Would you treat a company with a super voting class of shares the same as a company with one vote per share each paying their CEO the same amount?  I wouldn’t, but some investors might.  This ignores the fact that CEO pay in general is too high.   Detailed analysis is great but we need tools we can use now to act as an aid to help push down exorbitant pay.

Do the tools proposed in the SOP white paper support the fact that CEO pay is too high?  If the proposed tools indicate companies that should have their proposals voted down, then ideally the 36 proposals that have failed to receive shareholder support without applying the Guidelines should also fail when the Guidelines are applied. (To date 36 SOP proposals have failed to pass this proxy season.)  This by no means validates the tools, but it will indicate that they are a step in the right direction.  But, don’t take my word for it.  As a colleague of mine is fond of saying, “that’s why they play the game”.  Let’s buckle our chin straps and see how the proposed tools held up.

The 36 companies with failed SOP proposals varied considerably in size.  This presented a challenge when using the tools as provided in the USPX guidelines.  In their current form, the tools are designed to be applied to large firms only, where they stand the chance to make the biggest impact.  For purposes of this paper I felt it necessary to expand the analysis to smaller companies.  To do this I had to make some adjustment.

The easiest adjustment to make was eliminating the six companies whose market cap was less than the small company threshold.  Reducing executive pay is better accomplished by taking on large companies rather than small companies for a number of reasons: size of pay packages and media attention are two.  Executive pay was mentioned in the guidelines segregated by company size with no mention of how the companies were segregated.  A footnote was included on page ten of the paper that the data for medium and small companies was gathered from the S&P 400 and S&P 600.  I used the market cap ranges provided in the three different indexes (including the S&P 500) to break the companies into groups to compare executive pay to the median pay for similar sized companies.

The comparison of CEO pay to the median CEO pay using companies segregated by market cap yielded this breakdown: 6 large companies; 10 medium companies; and 14 small companies.  Company size is determined as the chart below indicates.

When the two tools were combined, Shuffle Master was the only company that satisfied both tools.  The 29 companies that failed both tests would have been strong candidates to see their pay packages voted down.  From a median pay standpoint, the S&P 500 average would have seen around 250 companies pass this test.  Of the companies analyzed only 4 out of 30 or 13% passed.  Shareholders are singling out companies that the median pay test indicates are worthy of a no vote.

So how did the tools perform in the real world?  With the objective of helping drive down executive pay the tools proposed in the paper were in agreement with shareholders in 29 of the 30 pay packages that were voted down.  Using each tool individually would have seen 29 of 30 and 26 of 30 fail the CEO pay times average workers pay and median pay test respectively.

Using the tools did take a bit of time.  Gathering CEO pay from an analysis of regulatory filings consumed most of this time.  Once all of the data was gathered the analysis took minutes.  To analyze asingle company would take about 10 minutes.  This assumes you are familiar with the sec.gov website and able to navigate accessing company filings.

By no means do the tools provide the whole picture.  The shareholders of Shuffle Master, Inc. saw something that caused them to vote down the company’s SOP proposal even though the proposal passed both of the proposed tools in the paper.  That is perfectly acceptable and shareholders always have the ability to take actions based on other issues, but it takes time to perform an analysis on that level.  Shareholders with a large number of positions may not have the time to follow through with an in-depth analysis of all of the companies in their portfolio.  The tools provide a shortcut.

With enough SOP proposals going down to defeat we have a chance to drive executive pay downward.  These two tools stand ready to help in that quest.

A few changes could prove helpful.  The addition of the median pay by company size in future revisions of the guidelines will aid in the use of the median CEO pay measure.  A mechanism is needed to make it easy for investors to obtain CEO pay levels.  A service that will gather proxy forms as they are filed and parse out the CEO pay level would make this analysis much easier.  This can be done in about 15 minutes for each company, but would be a prime candidate to be shortened by the use of automated tools.  All of the information could be provided in a database accessible to investors that would require nothing more than the company name or ticker symbol.  The database would provide the results of both of the proposed measures and the rest would be the result of concerned shareholders.

Scroll down to see the companies discussed in this article and how they fared using the USPX SOP tools.